Some of the links below are affiliate links, meaning, at no additional cost to you, I will earn a commission if you click through and make a purchase. 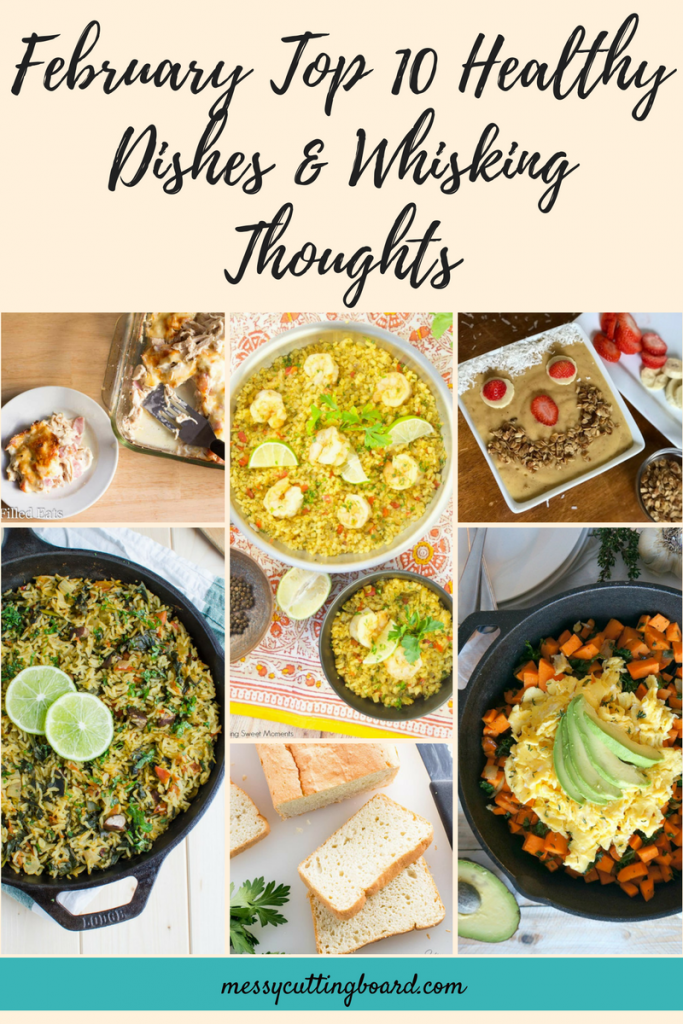 Another month, a few more pages written. I hope your pages are full of memories, struggles, and successes.  Here is a peek at what’s been going on behind the scenes in my life all the thoughts rattling in my brain along with my February’s Top 10 Healthy Meals.

Whisking Thoughts: Safety in Schools What More Can We Do?

Well, guys, we have made it through yet another month.  What have we learned, what have we embraced, what has been happening?

For me this month has been about self-control… no really, I totally lost my shit the other day.  Even though this is the shorted month of the year I feel the days were long, but the time flew by, so much has happened, yet no changes have been made.  Totally overwhelmed here! Does that make any sense?

Let me start by telling you the most eye-opening experience I have had this month.  Jane had what is called an ARD, which it a re-evaluation for her school IEP.  To give a brief backstory she was medically diagnosed with autism before starting school, but when she was enrolled I found out the school had to do a separate evaluation.  They said it was for educational purposes, which is understandable, as a parent I want my kid to get the most out of her education.  But! To my surprise they told me that their findings were different than that of her medical diagnosis, they found she was not autistic but emotionally disturbed.

Yeah, I know we have all hear that phrase a lot these past weeks, emotionally disturbed, which is why I was hesitant to post my thoughts.

So fast forward to the beginning of the school year, her first ARD I questioned since they marked my child emotionally disturbed why was there no behavior prevention plan in her IEP, why is the teacher not CPI trained?  They are the ones that put that title on her file I would think those two things would be common sense preparations, you know safety for all students and teachers.

To clarify yes Jane has had violent out busts at home and at ABA therapy, maybe once every 8 months, never out in public, never at daycare, never at preschool, never at school.

Just this month we had another ARD, they informed me there was no need for a behavior prevention plan because they haven’t “seen” her have an outburst.  Even though they got the reports from her therapy center and reports from the parents that it has happened, and, in all cases, it ended in physical harm to another and to herself.

Now, my daughter is the most remorseful person, she is kind, caring and loving, and is harder on herself after her fits than anyone can be to her.  Self-forgiveness, perfection, and people-pleasing are her weaknesses, which is why I don’t really worry about her having a violent outburst in school.  As she puts it “Mom, that would be far too embarrassing, that’s why I bottle it up until I get home.”  Another reason I love her ABA therapy it has truly helped with her coping skills.  However, as a parent, I think it is irresponsible of the school and said school district not to have a behavior prevention plan.

Which brings me to what is going on. The Marjory Stoneman Douglas High School in Parkland, Florida shooting.  A tragedy that could have been prevented on so many levels.  The lack of listening to reports and acting.  All the calls for help this kid gave and still no one helped him.

The TODAY’s show reported this morning Nikolas Cruz was said to have ADHD and Autism. True or not it begs the question what care was he given?  Both in and out of school and for how long? Or did everyone brush these things under the rug just like the reports?

Just because a person has a diagnosis doesn’t mean they are less of a human?  If we segregate the ones with diagnosis and say they don’t deserve the basic rights and dignitary as the rest of the human population wouldn’t that be hypocritical, going against everything the country has been fitting for, for years?  Especially now a day with black life matters, me too movements, and times up haven’t we learned yet that all life’s matter and everyone deserves dignitary, respect, and help when needed.

Now, don’t get me wrong Bad People Suck, like Nikolas Cruz, what he did was bad, it was far beyond wrong, there are no excuses for his actions. But! I can’t help to question could we have done more? Did any of his diagnoses make people view him as a hopeless pointless case, too far gone why bother helping?

Now, that I discussed people with diagnoses and the lack of care they truly get.  We can’t forget about Gun Violence and the toll it takes on this nation.

We all shout B.S. we all beg for change and reform. So! I leave you with one question.  How do you purpose we do that?  What changes would you like to see?  What changes will make you feel safer sending your kids to school in the morning? We can’t just say change it and expect our government to know what we want, we need to point them in the direction of the change we seek.

Please leave your answers and your concerns in the comment box down below! I love to hear your thoughts on all these topics. Unforantly, it’s not only one thing that needs to change. The good news is at least I can release some of the stress from all this thinking by giving you some healthy meal options to get you through next month, here are February’s Top 10 Healthy Meals.

Thank you for taking the time to read and get to know me a little bit better! As promised I would not let you go without recipes here are February’s Top 10 Healthy Meals!

If you have missed any of February’s posts here is a recap: 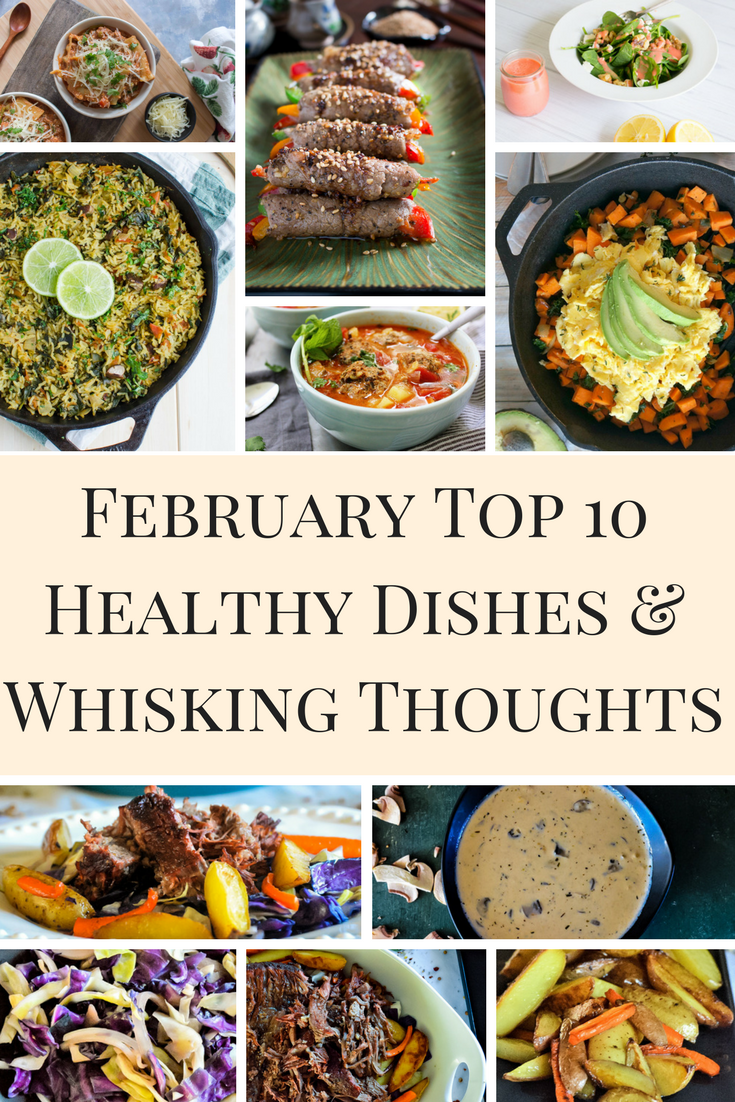 Hope you all enjoy these February’s Top 10 Healthy Meals and Whisking Thoughts and if you like what you see make sure you sign up for our free weekly newsletter to get a heads up on what’s to come, recipes straight to your inbox, and future giveaways! Also, remember you can show your love by #messycuttingboardrecipes!

This site uses Akismet to reduce spam. Learn how your comment data is processed.

It is so nice of you to stop! The Messy Cutting Board is about community, talking about the good, the bad, the ugly of life and motherhood, sharing tips and tricks to help make the struggle a little easier. All while cooking up some delicious meals! Because after all, we are super moms! Read more about the site and its creator

We are a participant in the Amazon Services LLC Associates Program, an affiliate advertising program designed to provide a means for us to earn fees by linking to Amazon.com and affiliated sites.